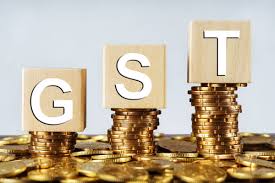 I remember its birth well. First of July 2000. Actually, the recent COVID-19 stimulus measures reminded me of the introduction of GST, albeit that GST was implemented in a more controlled and measured fashion. As accountants we had no experience to draw on, and spent hours reading and interpreting draft legislation that came with very little practical explanation and certainly no legal precedents to follow.

Much like the situation during COVID, accountants were heavily relied on to steer our clients through the uncertainty. It was a stressful and busy time. We’d just mitigated an imaginary millennial bug and were distracted by dot com developments. Google hardly existed and dialling up Jeeves was less than helpful.

The original GST concept was simple. Scrap the complicated sales tax system, put 10% GST on everything and distribute the proceeds to the states. Truly a broad based tax. But to gain senate approval and get it over the line, the Government was forced to make last minute concessions around food, healthcare, education and childcare.

These carve-outs meant the new tax system didn’t raise the revenue it was expected to, and made the GST system incredibly complex. It’s been troubled ever since – there are currently 45 separate rulings regarding cakes and decorations. No wonder John Hewson struggled.

Although more recent changes have brought overseas companies like Netflix into the mix, GST revenue in Australia represents only 3.4% of GDP, compared with the OECD average of 6.8%.

There’s been many calls to increase the GST rate to 12.5% or 15% over recent years. I would much rather see an increase to the base – back to how it was designed in the first place. 10% on everything, no exceptions, nice and simple. It’s been estimated that making those excluded items taxable would increase GST revenues by $22 billion, which would increase our total take by about one third.

This increase could fund the reduction of state based payroll tax systems that currently stymy employment growth.

The counter argument for extending the base is that it will increase the cost of living for those most vulnerable in our society. This is true and the challenge for our politicians is to carefully construct alternate ways to compensate those impacted, most likely through our welfare system. It’s estimated that it would cost around a third of the extra revenue raised to achieve this.

The GST system needs an overhaul to future-proof it. Spending today is not what it was twenty years ago.  We now spend proportionately more on education and health, both GST exempt under the current system.

Related blog:
Do I need to register for GST?